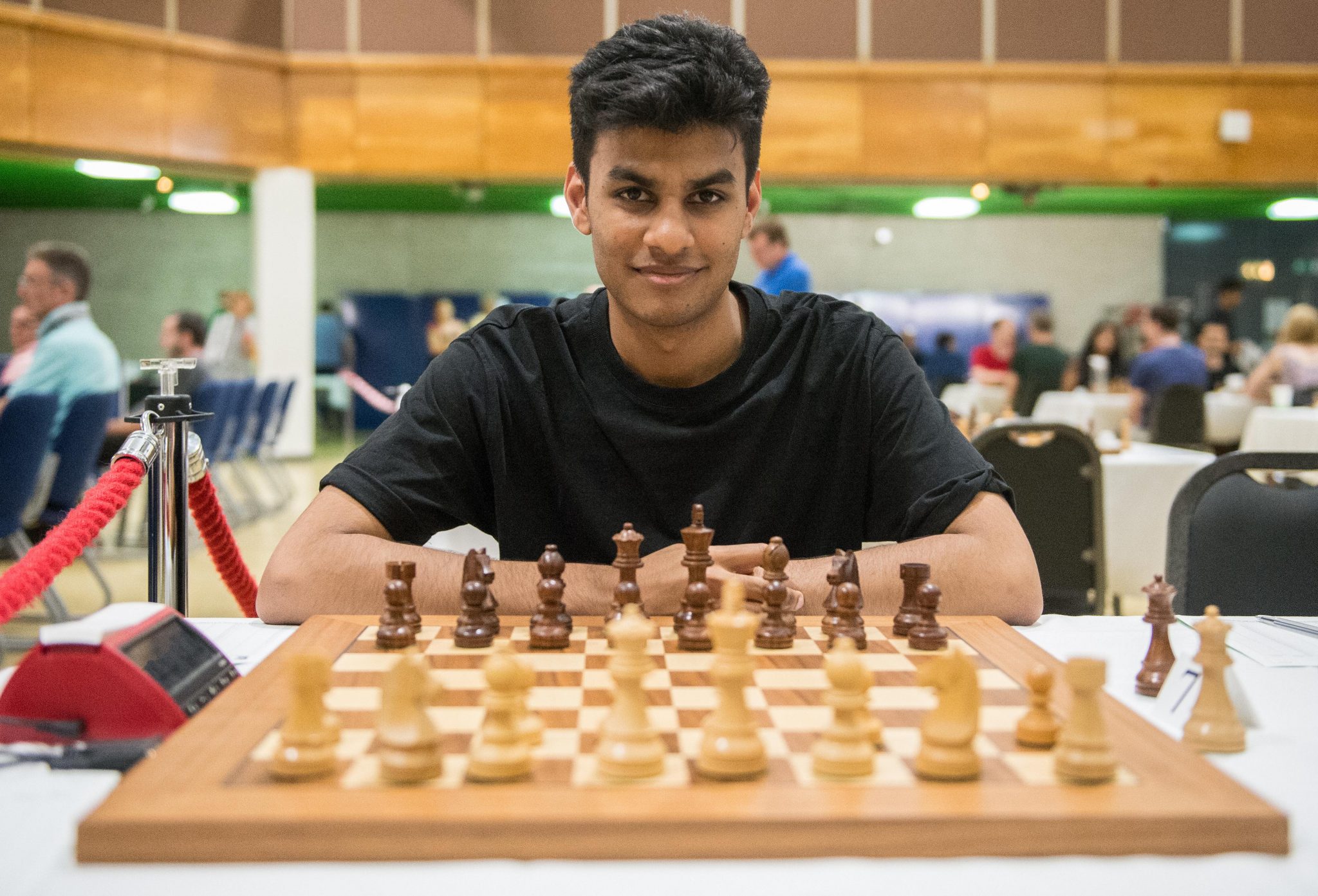 The 2021 Northumbria Masters Congress was in full swing on Friday 27 August, with a record 212 players playing across a total of six events.

The biggest UK chess congress this year, the Northumbria Masters Congress kicked off on Thursday evening at the Marriott MetroCentre hotel in Gateshead, Tyne & Wear, firmly putting the North East on the international chess map.

Players from a total of 19 different countries played their first moves in the international congress – which is the first to take place in the North of England since the last Northumbria Masters in August 2019.

The congress has been sponsored by Chess in Schools and Communities, an educational charity that teaches chess to children in primary and secondary schols across the UK, and by the English Chess Federation, which is providing support to talented young players aiming to become Grandmasters and International Masters.

After 2 of the 9 rounds, there was a four-way tie for first in the GM norm all-play-all, with England’s IM Ravi Haria and Marcus Harvey leading the charge for a Grandmaster norm, accompanied by GM Tamas Fodor of Hungary and Conor Murphy (Ireland) all on 1.5/2.

Harvey and Murphy have just qualified as International Masters after impressive performances in all-play-all tournaments earlier this month, also held in England as the country gradually restarts serious over-the-board competition after the pandemic.

Ravi Haria, who looks set to become a Grandmaster soon after scoring norm at the Wood Green Invitational just days ago, was in sparkling form in Round 1, notching up an enterprising 36-move win against IM Peter Roberson after a kingside pawn push set up Damiano’s Mate (with a pawn wedge corralling the king on g8) on the h-file.

form in Round 1, notching up an enterprising 36-move win against IM Peter Roberson after a kingside pawn push set up Damiano’s Mate (with a pawn wedge corralling the king on g8) on the h-file.

In the IM norm all-play-all, there was a clear leader – 18-year-old Women’s International Master Zala Urh of Slovenia on 2/2.

Also with a plus score were England’s Jonah Willow and James Moreby, both 18 years old, 13-year-old Yichen Han (Netherlands), and Im Andrew Muir of Scotland.

Moreby and Han are local talents residing in Newcastle upon Tyne, just a few miles from the tournament, but both are set for a move: Moreby to go to university in London, and Han to attend Magdalene School in Oxford.

James Moreby’s Round 1 win finished with a pretty tactic against Harry Grieve:

White played 39 Rxg6+ but then resigned.

Gormally has lucky Round 2 escape

In the Masters (Open) tournament, with a total of 81 players, there were plenty of thrills and spills, with top seed GM Danny Gormally of Northumberland coming close to defeat in his 2nd round game versus Welsh international Tim Kett, but eventually scrambling a draw.

The veteran IM Michael Basman, 75, world-famous for his eccentric opening schemes, joined the leading group on 2/2 with a surprise endgame checkmate after he looked likely to struggle for a draw.

In the following position, Nigel Borthwhistle (White) has just blundered with 57 Qd6-d4??

For live games from the Northumbria GM, IM and Masters, go to:

Pairings and crosstables can be found at: chess-results.com